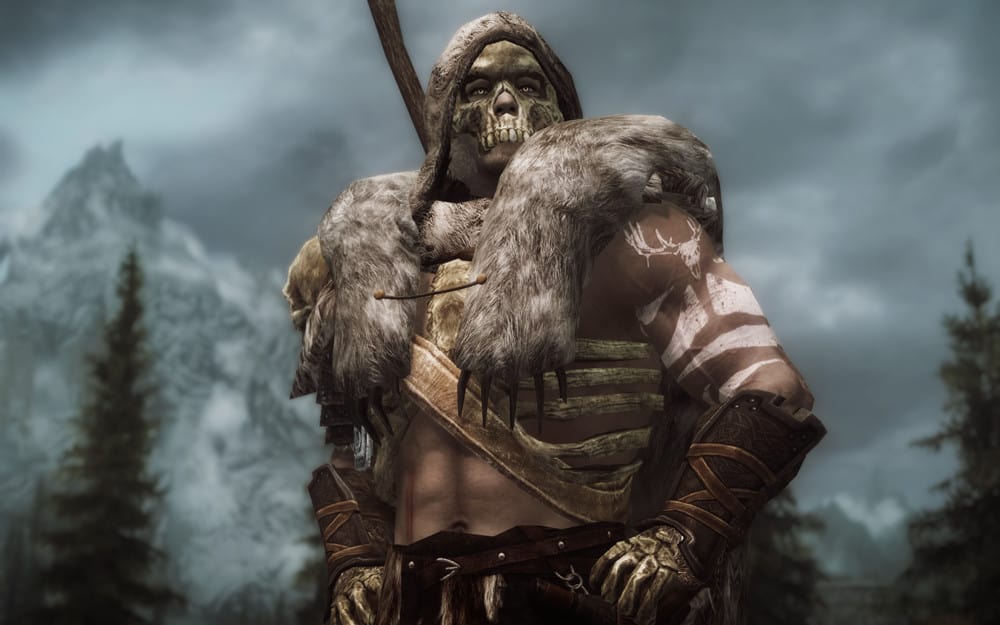 Skyrim has an astonishingly fun follower system, giving the Dragonborn a partner venture off into the world. However, over time, the limited amount of options of companions to pick from can make the game feel underwhelming.

This list of the 21 best Skyrim follower mods should provide you with a bunch of fresh faces that you can pick from to journey along with you through in your next playthrough.

Skyrim Special Edition was released in 2016 and has outlived most games. A lot of this longevity can be credited to the Skyrim modding community that helps keep the game fresh. The follower mods in Skyrim have a lot of effort put into them, often leading them to rival some of the best companions in the base game.

The shrewd Khajiit warrior Inigo is one of the most adored companions on the nexus mods website. With over 7000 lines of custom-voice dialogue, he is sure to keep you entertained throughout your adventures.

Inigo feels incredibly immersive as he interacts with other NPCs in Skyrim. He also alters his conversation depending on the choices that you make through your progression.

His proficiency in stealthy situations often comes in handy as he manages to avoid most traps in the game. He also doesn’t let his voice be the cause of suspicion in silence as he aids you.

Not many modded followers in Skyrim Special edition will show the character development that Lucien does. He might not seem like the most skilled fighter when you start your journey, but he quickly learns from you and picks up both- the skills and personality of a hero.

Lucien comes equipped with 5000 lines of unique custom-voiced dialogue which also have a developing theme just like the character.

If you’re looking for a good character arc for your companion, you’ll hardly find one better than this.

Even though this patch does not add any NPCs to the game, it is still the most downloaded follower mod for Skyrim Special edition due to the extensive amount of features that it adds to the follower system.

The ‘Amazing Follower Tweaks SE’ mod expands the functionality of the system by giving you the ability to have multiple followers, manage their outfits, teach them new spells, turn them into werewolves or Vampires, change their combat styles, and more.

Like most mods in this Skyrim, you will need to check if it is compatible with other mods that are currently active in your game (If any) before you use it.

The trophy-wearing bounty hunter Hoth is an incredibly unique follower. In addition to having his own storyline, Hoth generates quests for the player based on their location.

Unlike a regular quest giver’s assignments, these are bounty hunting contracts that Hoth picks up over time. This means he will often have something for you to do.

Hoth is a fully voiced standalone follower. He even comes with custom equipment including his weapon, making him truly unique.

Recorder by potasticpanda is one of the most interesting modded followers in Skyrim. She is a student from a mysterious academy who is sent to Skyrim to record the adventures of the Dragonborn.

This fun companion will keep you entertained with her wit throughout your journey as you guess her origin story.

This particular mod will please anybody who enjoys videogame characters getting Meta with their dialogue.

This patch certainly deserves to be as popular as it is on the nexus mods website. Vilja is a custom-voiced follower who comes with over 6500 lines of dialogue in addition to the thousands of lines that come with her quests.

Instead of having one long quest, Vilja comes with multiple questlines, including one for romance and marriage. This, combined with all the potential conversations will keep you absorbed for a very long time. Her demeanor towards you is affected by the things you say to her and your actions towards your environment.

While she is pretty skilled at combat, you can alter her fighting style depending on the situation if you choose to.

Song of the Green (Auri follower)

You will rarely find a follower in Skyrim focused on a particular culture as much as this one. Through your journey with her, Auri will provide you with a quest that revolves around Bosmer culture while constantly educating you about it.

Auri does a good job fulfilling the general responsibilities of a follower while dishing out some banter about your actions. She also has interesting interactions with NPCs in Skyrim. This can even extend to modded NPCs with the right patches

My Home is Your Home

This is not a traditional follower mod for Skyrim SE. Instead of giving you additional followers, it adds a cool new feature to the game that lets you give each of your existing followers their own homes.

These homes can be any place you choose, including custom player homes you add to the game.

This Mod even lets you fast travel to any of these homes if the follower that it belongs to is following you.

Sofia by John Jarvis is one of the most entertaining followers in the game. Her wit and humor combined with her unusual personality keep you engaged through your time with her.

Her dialogue will change depending on her location and current mission. She also has a different set of custom dialogue that you have access to after gifting her some alcohol.

Mirai – the Girl with the Dragon Heart (Skyrim Special Edition)

Found in Markarth, Mirai can make your postgame a lot more interesting with a rewarding personal quest that makes her a fantastic companion. She grows with the player as she upgrades her summons all the way to a frost atronach.

Her multi-layered personality rewards you for taking the time to get to know her.

This Standalone follower mod for Skyrim Special Edition comes with over a thousand lines of custom dialogue and is smart enough not to use it in stealth-heavy situations. Mirai is not only a great travel buddy but also an extremely talented stealth companion.

‘Ultimate Follower Overhaul‘ is a cool quality-of-life mod that expands the functionality of your followers.

The increased dialogue options let you change the way your followers look and function. It now lets you ask them to relax for a while, dress differently or even use a spell from the inventory, among other things.

This mod lets you increase the follower limit to 15 and get horses for them to ride. These horses can be found in major cities and stables. Additionally, you will have access to a few nifty follower features including altered level caps, dual-wielding, sneaking, and the ability to be married.

If you’re not too invested in follower quests and just want a bunch of additional allies to choose from, this might be the mod for you.

This mod adds 12 followers that travel to various locations in Skyrim, each with their own specialty. These NPCs range from unarmed fighters to frost mages.

Livia is an interesting follower with over 1500 lines of dialogue. She adds a fascinating set of lore to your game with her own questline which slowly reveals details about her character.

Your time and progression in the game can change your relationship with Livia. Decisions like being part of the dark brotherhood can have an impact on the conversations you have with her.

Unlike a lot of followers on this list, Kaidan focuses on the Romantic aspect of your relationship. You can pursue this if you choose to by simply wearing an amulet of Mara and speaking to Kaidan.

Besides being a potential romantic partner, Kaidan also comes with his own quests. These quests will explore Kaidan’s story. They can be participated in by going through the right conversation options through your journey with him.

Instead of adding new followers to the game, this mod enhances one of the best companions in Vanilla Skyrim.

The ‘Serana Dialogue add-on’ patch makes her feel more immersive by expanding her conversation options and functionality. She comes with over 3000 new lines performed through fantastic voice-acting and the ability to sing lore-friendly songs so you always feel entertained.

All the new stuff that this overhaul brings can truly make Serana feel like a fresh companion with all the things you love about her.

This is another mod that helps increase the functionality of followers in Skyrim while bringing its own uniqueness.

The ‘EFF’ mod does a lot of incredibly useful features to the game like giving followers the ability to mount horses, relax, dual-wield, harvest specific items, and a lot more.

What truly makes this mod special is the level cap increase it brings to the game. Unlike most mods, EFF allows you to recruit up to 100 followers at once. This can have a huge impact on how you progress through the game and experience it.

This long-lived sorcerer Aurlyn can be a fascinating companion for the player character.

She has a cool backstory that you can unlock through your travels with her, as you speak to her at various locations through your playthrough. She comes with over 1000 lines of custom-voiced conversations.

While Aurlyn does fairly well in close combat she truly excels at ranged attacks. As a sorcerer, she has access to her fair share of powerful spells that will aid you well in battle.

If you’re a fan of Serana from the base game but would like a change in her appearance, this might be the mod for you.

In comparison, to the other mod on this list, this one does very little to alter Serana’s inner qualities and functionality. It is more of a visual overhaul than anything else.

The mod also gives you the ability to add a standalone character named Claire instead of replacing the Serana from the base game.

This follower mod can be used to alter Frea from the vanilla game or add an entirely new follower to the world of Skyrim.

The changes made to Frea are all visual. If you like her as a companion, you can use this mod to give her a new look and keep things fresh.

Alternatively, you can add an entirely new NPC named Frida to the game and make her your companion instead. Frida is a skilled archer who summons a spectral wolf to aid her in combat. She can be found in the Windpeak Inn in Dawnstar.

If you’re looking for a brutal companion infused with darker magic for the flavor of it, Luna might be a fun new option. She uses necromancy as her choice of magic and can be a great ally as long as she’s on your side.

Her mysterious powers and uncertain personality can make her an incredibly interesting travel buddy, making you carefully choose your conversations with her.

You can find Luna inside the temple of High Hrothgar.

While most mods on this list try to keep their mods as lore-friendly and immersive as possible, this patch takes goes in a fun new direction by bringing Yennefer from the Witcher 3 to the Elder Scrolls universe.

Yennefer is a fully voiced follower with high-resolution textures. While being similar to a lot of the Vanilla followers of Skyrim, Yennefer brings a lot of new flavor to the game. She blends in well and yet feels satisfyingly unique.

These are the 21 best follower mods that I found to make the best use of the incredible follower system that Skyrim Special Edition has to offer. Do you agree with this list? Do you have any favorite follower mods that did not make the list? Let us know in the comment section below.

Mods are a great way to keep the game interesting. We have tons of articles on the best Skyrim mods for a wide range of different topics. Check out our other articles to learn about more awesome Skyrim mods: