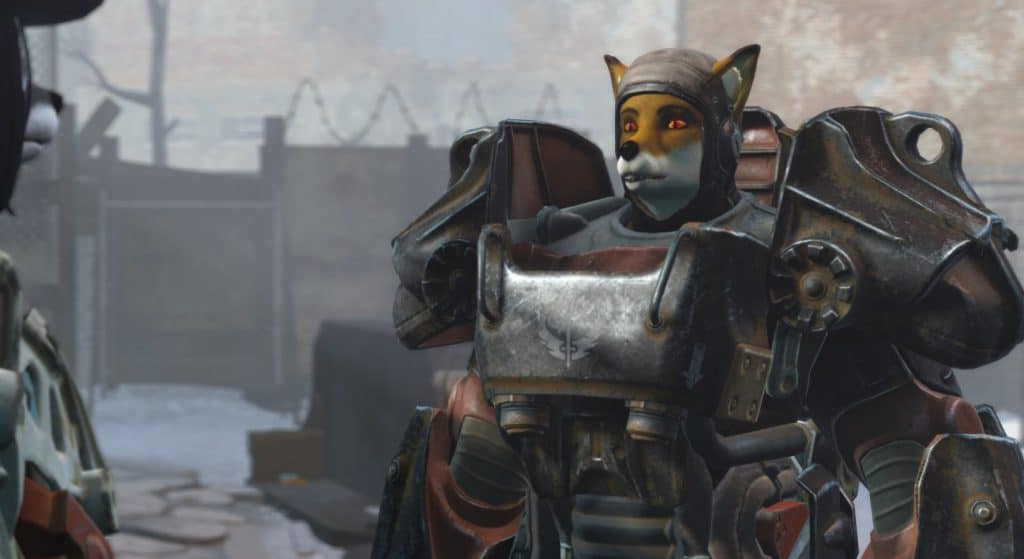 With the extensive amounts of character customization that Fallout 4 offers, players are often surprised by the fact that you are only allowed to play the game as a human character. Fortunately, the nexus modding community fixed this by adding new Fallout 4 race mods that bring an additional dimension of variety to the game.

Fallout 4 was released in 2015 and has been a fan favorite Fallout game ever since. It has some of the best mod support in the series with over 40,000 mods on the nexus mods website. However, Fallout’s absence of Non-human races has left a few limitations to race modifications which discourage a few creators from working on them.

A lot of the functionality of Fallout 4 depends on the space a character occupies, making them difficult to synergize with elements of the game like armor and so on. This causes mods that add extra visual features to character bodies to often cause bugs, leading to fewer additions to this category of patches.

The following are some of the best race mods available for Fallout 4 right now. They are unique in terms of their functionality and scale you can find something that matches your taste; patches like AnimeRace have additional mods that add extra features to the original one while a mod like Racecustomizer will let you create a new race from scratch.

The vulpine race mod lets players experience the game as a fox.

You will have 4 choices of facial structures to choose from, after which you can change the color of the fur on your body from the menu. This mod comes with several extensions that let you alter the functionality and range of effects that the vulpine offers.

The vulpine mod can be expanded upon with interesting additions that you can download from the Nexus Website.

The Vulpine Race NPC replacer lets you replace meshes of non-playable characters with Vulpine ones. Others patches like the scouter one add cool new visual add ons, while others fix a few bugs that the original mod creates.

As bizarre as it sounds, this mod actually lets you play an anime character in this intense dystopian environment.

AnimeRace adds a new customizable race that looks like an anime character with big, glowing eyes. It lets you alter several visual elements of the character including their hairstyle. These character models are not only limited to player characters but also NPCs in the world.

While an argument could be made that your character still technically looks human, the drastic alteration that it makes to its model is more than enough to earn it a spot on this list. This is a great mod for anybody that loves anime and anime characters.

Like the previous mod, this one also comes with several extensions that can be used to customize the effects of this even further.

These mods expand on the idea that the original mod brought to Fallout.

Zex Skeleton gives the character models a replacement skeleton while the bodyside patch adds bodyslide support which greatly improves its functionality. You can also find a bunch of more patches on the website

Play as a Ghoul

If the patches listed above do not interest you, and you’d prefer something more spooky instead, this might be the best mod for you.

As the title suggests, this mod lets you change the human characters in the game to ghouls by replacing their textures with ghoul skin textures. You will have the option to choose between only using ghoul eyes, just letting your character have a ghoul’s face, or letting everybody in the game look like that of a ghoul.

If you have a bunch of time on your hands, Racecustomizer is a modder’s resource that you can use to create new custom races.

This might be the most complicated mod on this list and should only be used if you are willing to take the time to learn it. The mod page comes with tutorials to guide you through the process but may require a certain amount of technical know-how to be used correctly.

Racecustomizer comes with patches that make it compatible with addons like Far harbor.

These mods aren’t the most compatible with Fallout and come with a few hindrances, but can be fun for short amounts of time if you just want to try out something new. They can have limited functionality due to a few bugs and glitches but can still provide a bit of entertainment.

This is an incredibly fun mod that lets you play as creatures that just seem out of place as the hero of these adventures.

If you’re looking for a goofy mod that might just manage to put a smile on your face, some playable creatures is a great choice. This mod may be riddled with a few bugs but playing these creatures will still be a fun little experience. It lets you as a Radcorpian, Gorilla, Molerat, and more.

There’s not much to be said about this mod besides the fact that you get to be a cat.

Your gameplay is severely limited since you cannot attack anybody in this form. Instead, you can just be a cat and do cat things walk around the place, and sit in places. When you want a change of pace, you can use the commands mentioned in the mod description to turn into a human and back into a cat as needed.

If you enjoy this race mods list, then make sure to check out our guide on how to make Fallout 76 look more like Fallout 4.

Fallout 4 does not offer a huge selection of non-human races during its character creation process. The mods listed in this article should help change that by providing you with a rich variety of skin textures to choose from. The mod website should also offer you a ton of presets that use data pre-generated characters to simulate non-human races.

Do you agree with this list? Do you have any additional race mods that you love to use? Let us know in the comments below.