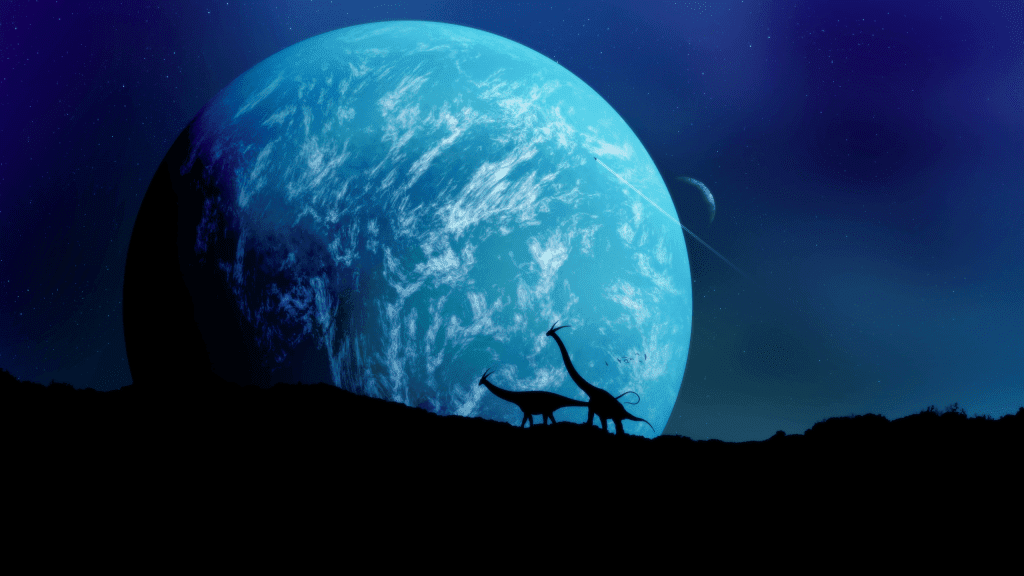 No Man’s Sky is a huge game. It’s procedurally generated. It’s not the biggest game ever made, but it’s definitely up there with them. If you were to explore NMS at a rate of 1 planet per second, it would take you 585 billion years to finish. And that’s before the Origins update, which has added even more solar systems & planets to it.

If we were to speed that up a bit, and let’s say task 1 billion players to constantly play the game, visiting 1 planet per second, then it would ‘only‘ require 585 years to finish.

NMS comes with 255 galaxies. Each of those comes with 3-4 billion regions and each of those regions has 122 (up to hundreds) of different solar systems (that you can travel to and explore).

There are over (prior to the Origins update) 18 quintillion planets.

With that being said, the game is NOT infinite and it’s not that big on the hard drive either. Only around 10.5 GBs is required to install it.

So, are you ready to go and explore everything that there is in NMS?