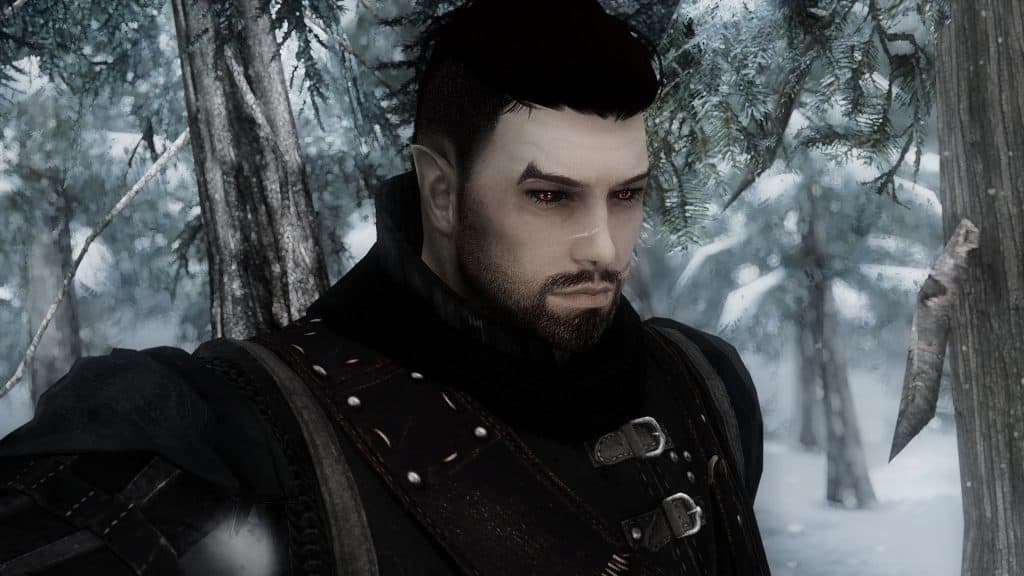 Vampirism in Skyrim acts as a great alternative to the regular playstyles most people are used to. Going down the route of Vampirism in Skyrim has a lot of benefits including new powers and stronger attributes. However, its shortcomings can easily make players want to abandon it.

This guide will show you how to cure vampirism in Skyrim and go back to leading a normal life that lets you wander in the sun and interact with NPCs without being treated any differently.

The Elder Scrolls V: Skyrim includes Vampirism in its base game. The Dawnguard DLC improves this system with the introduction of the Vampire Lord and the new perks that come with it.

Is there a ‘Skyrim Vampirism’ cure?

You can cure Vampirism in Skyrim. However, the process of doing so can feel a little longer than that of becoming a vampire, as it requires you to take up a quest and fill a soul gem.

Triggering the quest that lets you cure Vampirism may require a few tries as it depends on whether or not Innkeepers have the information you are looking for. The process below should give you an in-depth guide on going about this quest.

How to be cured of Vampirism in Skyrim

Getting cured of Vampirism in Skyrim requires you to go on a quest called ‘Rising at Dawn’ where you will meet an NPC that treats you with a Black Soul gem. You can also use console commands to easily get rid of Vampirism.

#1 Completing a quest to cure vampirism in Skyrim

If you want to play Skyrim without any cheat codes or console commands, this quest to cure vampirism with a ritual is your best shot. The following steps should help you trigger the quest and complete it.

Step 1: Talk to an innkeeper

It will not take long for citizens to notice your altered physical traits after you contract vampirism. Like other NPCs, talking to innkeepers will trigger a conversation about your skin. Pursuing this dialogue or inquiring about rumors should start a quest that can eventually let you cure vampirism.

If you do not find much luck with Innkeepers, members of the Dawnstar Sanctuary may be able to lead you on the same quest line.

Once the innkeeper tells you about Falion, you can find him in Morthal where he will talk about how to cure vampirism with a filled black soul gem. If you do not manage to find one, you can purchase it from Falion himself.

To fill a black soul gem, you will need to use the soul trap spell on an enemy before defeating them. Alternatively, adding certain enchantments to weapons lets you fill empty soul gems when defeating enemies.

Return to Falion with a filled black soul gem which should let him cure you of Vampirism.

You can repeat this process as often as you need to, as long as you go to him with the black soul gems required for the ritual.

#2 Use Console commands for curing vampirism

If the process mentioned above seems too tedious, and you do not mind using console commands, this method should easily let you cure Vampirism.

Use the backtick (~) key to open the console and type setstage 000EAFD5 10. Then use the command showracemenu to change your race in Skyrim. This should cure you of Vampirism.

Be sure to save your game before using any of these commands to safeguard your progress.

#3 Cure Sanguinare Vampiris (If you have just been infected)

If you accidentally contracted Sanguinare Vampiris while fighting vampires, getting rid of it in under 3 days can prevent you from becoming a vampire. Use cure disease potions or any other powers/ spells to easily eliminate this disease.

How to stop being a Vampire lord

If you only want to disable your Vampire lord form temporarily, you can do so by going to your vampire powers and selecting revert form, which should return your regular appearance. Keep this power in your quick access menu if you intend to change forms often.

You can permanently be cured from Vampire Lord form using the steps listed above that let you cure vampirism.

Should you Cure Vampirism in Skyrim?

Whether or not you should cure Vampirism in Skyrim heavily depends upon what you want to do next, and how you want your character to grow. The following set of pros and cons should help you figure out whether or not curing vampirism is the right decision for you.

Pros of being a vampire

Being infected this way also adds to the roleplay element of the game if you intend to go down a darker and more gothic route.

Cons of being a vampire

Playing the game as a vampire rarely lets you live your life as a regular citizen of Skyrim. The debuff in sunlight makes adventures during the day incredibly tedious, which only lets you complete your quests at night.

If you do happen to find the NPCs awake at that time, they will usually comment on how sick you look. Later stages of Vampirism can even make them hostile towards you.

Check out our list of Vampire mods that can enhance the experience of Vampirism and negate a lot of its disadvantages.

Vampirism is an interesting element of Skyrim, with a ton of pros and cons to consider. Fortunately, you can always reverse your decision to become a vampire. The steps above should show you how to cure vampirism in Skyrim without much trouble.

Do you prefer playing Skyrim as a vampire? Let us know in the comment section below.