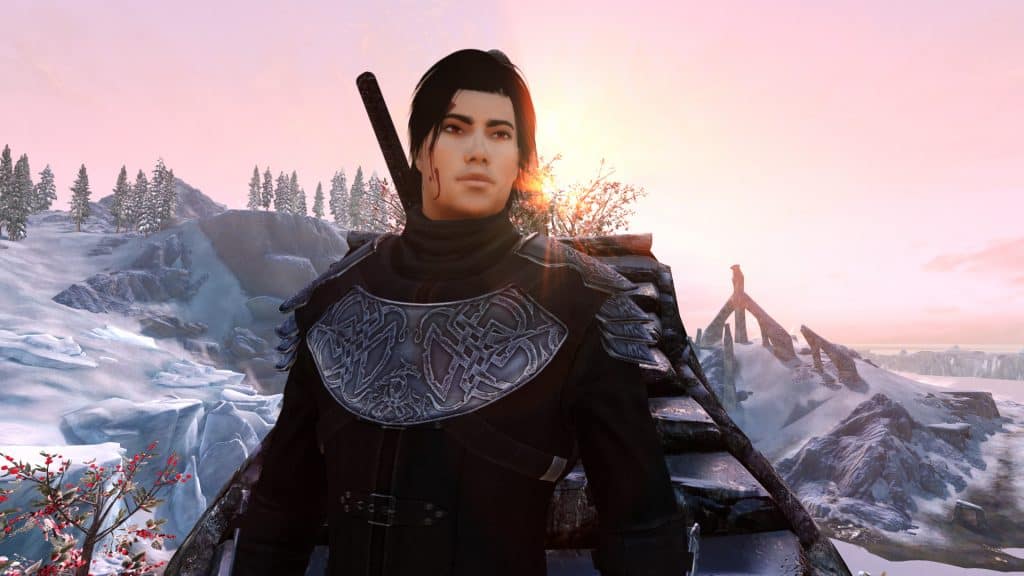 My main goal when modding Skyrim has always been to turn it into a hardcore RPG. This means high difficulty, graphical fidelity and all the little details that go along with it. Improved combat, crafting, weapons & armor, magic system, completely overhauled perk trees etc. Basically everything has been re-touched with the help of mods.

However, since my full build has well over 600 plugins, writing a guide covering all of that would be tremendously time consuming, and as much as I’d like to do it, it’s just too much. It took me weeks of modding the game to get to that point, resolving all the conflicts, patching things up etc. It’s a lot of work. It felt like a job.

So instead, I’ll give you my super short version of all the most important mods that you need to achieve something similar. You should of course add other mods as well, but this guide should get you started and pointed in the right direction.

I’ll be talking from a Skyrim SE (Special Edition) perspective, but this also works for LE (Legendary Edition) if that’s what you’re playing.

Also, if you never modded Skyrim and would like to get started, here’s my beginner modding guide that should bring you up to speed.

Let’s start with 3 mods everyone should be running at all times. For more info read our complete guide to Skyrim mods. They are:

SkyUI will greatly improve the overall UI of the game, but also provide MCM menu capabilities for all other mods to utilize. It also has its own MCM menu so spend a few minutes there configuring things the way you see fit.

Unofficial patch will resolve hundreds of bugs and gameplay issues, and SSE Engine Fixes will do something similar, but with the engine of the game instead.

With these 3 mods alone, your game will be much better off.

Now that we’ve got the basics covered, let’s move on.

Audio is often neglected and it can really help improve the overall atmosphere of the game. There’s only a few mods here that you need, and arguably not even all of them.

It will provide us with high definition PS4 audio source which is much better than the one on PC. If you’re using headphones, there’s a big difference in terms of audio quality.

It affects all audio in the game. But it’s quite big so it might take you a bit to download.

Once we have that, we can add Audio Overhaul for Skyrim SE.

It’s 100% compatible with the first one. This is a big project that drastically improves audio and adds new stuff to the game. So load it after the first one. Read the mod’s description to get a better idea of all that it does.

Those are the main ones. I can also recommend Bow Before The Dead which makes Draugr sound much more sinister, and Softer Conjuration Sound which will make summoning a bit more enjoyable (including the ones done by the NPCs). The vanilla summoning effect is just annoying to listen to.

Now it’s time to move on to visuals and atmosphere.

Let’s start with textures since they’re really important. I’ll assume you have at least 4 GBs of vRAM, but if not, then pass on most of these, with one exception.

First one is Noble Skyrim HD. It changes the architecture of the game a bit (I think it’s awesome) and provides high definition textures (even landscape) for most of the stuff that matters. If your vRam is low, go with performance edition (that’s the exception I mentioned).

Disregard all else except Total Character Makeover which will improve the way NPCs in the game look.

You can do it like this: SMIM > Noble Skyrim > SMIM Patch > Ruins Clutter Improved. Then add all the rest I mentioned.

This is a huge part of the atmosphere. Textures are important, but so is lighting and weathers. For this we are going to use Vivid Weathers Definitive Edition and Enhanced Lights & FX.

This will make the game look extremely well, and much more intense. Dungeons will be super dark unless there’s actual light sources, so we’ll need to bring our own. More on that below.

We can also add True Storms (there’s a patch for Vivid Weathers) and this will make storms insanely intense and realistic.

Since our game is super dark and creepy at this point (indoors at least), we need to improve some stuff with regards to light sources and how we play.

But I also have Simply Better Torches (SSE). I don’t really use a torch since I like having both hands available, but this affects all torches in the world, including the ones carried by the NPCs so it’s 100% worth it.

On the other hand, sometimes when I want even more light, or underwater light, I use candlelight & magelight. However, vanilla spells are terrible so we need a couple of mods to fix them up and remove that ugly blue aura.

For that I can recommend Enhanced CandleLight & MageLight and Candlelight Magelight No Ugly Glow FX. Second link is for Skyrim LE but it works on SE too.

Now we’re properly equipped to explore any dungeon or cave in our creepy version of Skyrim.

It’s time to add some magic and crafting mods to help improve how these systems work in the game. Crafting in vanilla is quite bad so for that we are going to use two phenomenal mods from the same author (please read their descriptions, they do so much).

After that, we are going to add Apocalypse (Magic of Skyrim) and Summermyst (Enchantments of Skyrim). This will give us tons of new spells and enchantments and NPCs will be using them too.

Even if you don’t like playing as a mage or enchanting things, it’s still worth it because there will be a lot of new stuff happening in combat.

When it comes to perks and perk resetting, I can recommend Ordinator (Perks of Skyrim) and Ish’s Respec Mod.

Respec mod is very useful because everyone likes to change things around here and there, and if we don’t have the respec mod, we’ll have to make skills legendary and that is going to take a long time to do.

Especially since Ordinator has a million perks and build options (and some optional plugins you should take a look at).

This is not really a mod, it’s actually a patcher. But it can create a mod out of your perk mods (the final result) and then unlink the perks so you don’t have to linearly progress. So if your skill tree is leveled sufficiently, you can unlock a certain perk without having to unlock the previous ones.

This is pretty cool and helps streamline your build. It also matters more with Ordinator, because again, it has a million perks in all skill trees.

And while they’re all much better than vanilla, it’s still way too many with some builds. Besides, we might also want to do some crafting (since it’s pretty cool now).

So if you can bother to learn how to use it (it’s pretty easy actually), go for it.

Finally, probably the most important segment of the guide. Combat and difficulty. If this is not taken cared of, it’s still basically vanilla Skyrim in terms of actual difficulty.

The first mod on our list is High Level Enemies Redux. This will add a bunch of new enemies to the game, as well as scale them all up (and vanilla ones) to make them follow our character’s level.

It won’t de-level them, but later when we’re high level, we won’t be fighting level 1 enemies anymore. For that, you need the appropriate version of the mod so read the description carefully. This will help a bit with overall difficulty.

Wildcat does a ton of stuff. Even without all the sub-systems that it features, it still acts as an AI improvement mod, so there’s no reason not to use it even if you literally don’t want anything else it offers.

Things such as timed blocking, attacks of opportunity, stamina costs for all actors on the battlefield etc. and much more.

It has an MCM menu where you can enable/disable and fine tune all of these systems. I also recommend you install the optional 100% increased damage plugin because the next mod on our list is going to slow down combat by default.

That one would be True Armor SE.

To put it shortly, this is a complete armor functionality overhaul and it makes all armor in the game act differently and (relatively) uniquely. You need to read its description page because it does a lot. Thankfully none of this stuff has to be configured manually because the author has been kind enough to make a few presets for us to choose from.

After that, we are also going to add Mortal Enemies and load it last. This will help improve some combat speeds and also remove aim botting capabilities of NPCs.