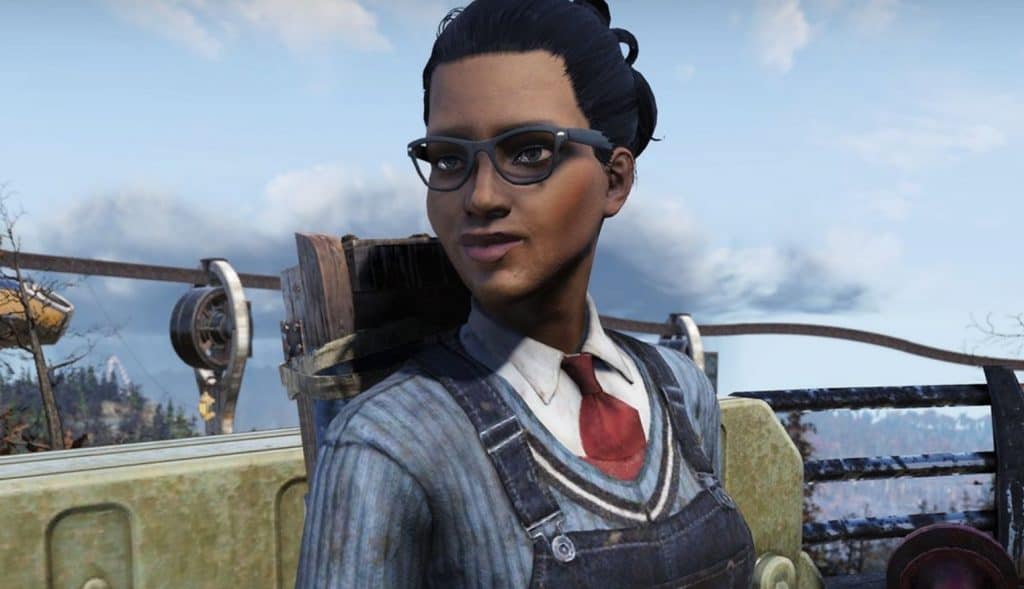 Not many vendors in Fallout 76 offer you the deals on plans that Minerva does. However, locating her in the wastelands is not the most straightforward task out there. Depending on the day that you are looking for her, Minerva could be at one of her multiple locations on the map, with one of many sets of items for sale.

This guide should give you an insight into Minerva Fallout 76 Schedule and the locations at which you can find her. Her schedule works in real-time instead of in-game time so trying to make it go by won’t do much to make her move to a new location.

About Minerva In Fallout

Minerva was added to Fallout 76 in an update and has been one of the better vendors in the game ever since. She deals in Gold Bullion and sells various item plans that let you craft various equipment.

She survived the events of the game and now travels the land selling rare plans and recipes. She is protected by her bodyguard Tommy Ten-Toes whom you often see around her.

Where is Minerva in Fallout 76?

As a traveling NPC, Minerva is not found in the same area every consecutive week. She usually cycles between three locations and can be found in one of them each week, with a break of a week in between. The following locations are generally the best places to find Minerva.

The three locations you can find Minerva at when she is on the map are Fort Atlas, Foundation, and The Crater. She usually follows that order and it can be used to predict future appearances.

Once known for its scientific research, Atlas Observatory was taken over and converted into Fort Atlas. The area found in the north of the Savage divide acts as a base for Brotherhood First Expeditionary Force. Players will tend to come across it in a few quests in the game.

Foundation can be located on the southern side of the Savage Divide. It is used as a base by the settlers from Pittsburg that traveled there. Here to Stay and Invisible Ties are some of the more popular quests that involve this area.

The Crater is located in Appalachia’s Toxic Valley. Previously known to be a space station, it is now one of the biggest settlements on the land. If you’ve completed quests like Cheating Death and Fun and Games, you’ve probably unlocked a fast travel option to the place. You can easily use this to check if Minerva is around.

You may also like our guide on How to Increase Inventory Space (Carry Weight) in Fallout 76.

Minerva has one of the most complicated schedules in the game. She sets up shop between Monday and Wednesday, changing it to a different location each week in the order mentioned above. Every fourth week, she has a big sale that takes place from Thursday noon to Monday noon (Both U.S. eastern time)

If you feel like using game knowledge to track Minerva’s whereabouts is not your cup of tea, you could find sites that track it in real-time.

Whenever you find Minerva in one of her major locations, she will be selling items through one of two sales, Emporium Sales and Big Sales, both of which differ in terms of their schedules and the number of items available.

During each of the three weeks that the Emporium Sale runs before a Big Sale, Minerva’s inventory will feature a different combination of items. Additionally, the next round of Emporium Sales will feature their own sets of plans and recipes.

After three Emporium Sales, Minerva runs a Big Sale that includes most of the items that were up for sale in the previous three locations. This is a great opportunity to pick up any plans that you might have missed.

Over time, Minerva has around 20 lists of items that she cycles through during emporium sales, each with its own amalgamation of items. Big Sales have a list of items that combine those from the three previous sales.

Minerva’s goods for sale mainly include plans and recipes. Plans let you craft equipment including weapons, armor, and other objects instead of requiring you to buy them directly.

In addition to the wide range of products available in each list, Minerva sells her items for 25% less Gold Bullion. This makes purchasing anything much more worth it than regular vendors that would sell similar items.

Make sure to check out more guides to Fallout 76!

Did you find this helpful? Do you have any other tips for players interacting with Minerva in Fallout 76? Let us know in the comment section below.