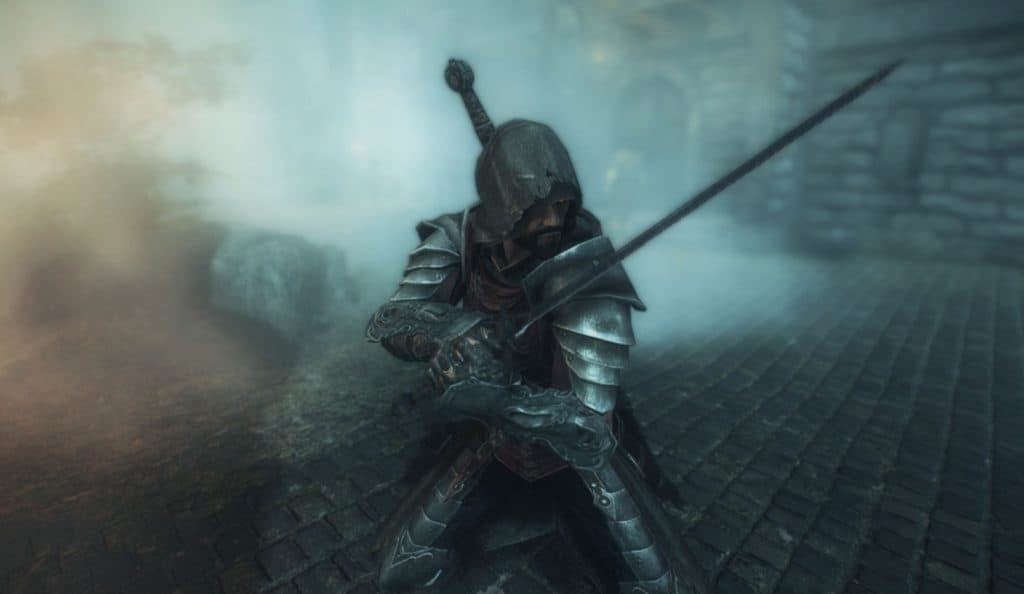 The shadows of Skyrim hide an incredibly robust side of roleplaying in the form of Vampirism.

The addition of Dawnguard has brought amazing features to the vampire life in Skyrim. However, that did not stop the modding community from enhancing it even further with an extensive set of mods. The various aspects of Vampirism that these mods have improved can make finding the Skyrim Best Vampire mods a challenging task.

Skyrim was released in late 2011 and later remastered in 2016. However, the numerous paths and features available in the game still keep it alive. The Dawnguard DLC introduced a whole new world of Vampirism to Skyrim, not only giving you cool vampiric powers but also letting you play as a vampire lord.

The Vampire system and gameplay introduced in the Dawnguard DLC seemed nearly perfect until it was extensively enhanced by these mods.

The Better Vampires mod brings a welcomed overhaul to the Vampirism System of Skyrim. It is a highly customizable patch that alters your gameplay to the degree that you choose.

Depending on the modifications that you pick, you will be able to choose how you progress through the stages of Vampirism, have vampire drain affect your satiation, add new buffs and debuffs to different stages, make your victims into vampires or thrall (Future fodder), and have inherited a vampire’s vulnerability against silver among other things.

While this mod does not need SKSE or SkyUI to function, it can gain a few additional capabilities from having them integrated.

If you’re looking for a complete overhaul of this system, this might be one of the best vampire mods for you.

In addition to the alterations you can make to the progression system and perk tree, this vampire overhaul mod gives you an extensive set of new abilities depending on your degree of vampirism, including access to the Hemomancy school of magic.

You will have a system of vampire ranks that give you new abilities as you progress through them. You will also get an additional ability depending on the race of your character.

Playing as a vampire lord comes with its own set of upgrades as you gain access to new abilities, spells, and perks.

Playing as a Vampire Lord can be a lot of fun. However, the perk tree that comes with it can often feel a little underwhelming. The Royal bloodline mod aims at fixing this by providing you with a new and improved one instead.

The new perks include abilities evolved wings and Sanguine Shield. Once you’ve gotten all of the previous perks you can unlock the Royal Bloodline which replaces the regular armor with Harkon’s Royal version.

One of the most annoying parts about the Dawnguard questline is the constant attacks that are launched on you if you side with the Vampires. These attacks often continue even after you have been cured.

This mod for Skyrim SE makes it so that the vampire hunters from Dawnguard do not actively seek you out if you have cured your vampirism. This will not make them any less hostile towards you when you visit them but will put an end to the random encounters where they try to hunt you down.

While many mods try to provide Skyrim with a vampirism overhaul, their features can sometimes feel overwhelming. Sacrilege aims at improving this system by using lightweight scripts and sticking to the best features.

Even as a minimalistic mod, Sacrilege gives you access to a wide variety of features like new vampiric abilities, reversed progression, and Vampire ranks. You also gain new abilities depending on the race you play.

This immersive mod even brings an overhaul to the vampire lord form. You will find an improvement to their basic stats, spell list, perks, experience system, and more.

As a Vampire, this patch gives you access to clear night vision that is less monochromatic. You will be able to see a wider range of colors in the dark even if the ends of your vision are a little bit blurry.

You also have access to an ability called Predator Vision which lets you spot warm-blooded creatures around you. This works like heat signatures in thermal imaging.

If you have ever hated having to choose between being a werewolf or vampire instead of being able to just be both, you might like this one.

The True Hybrid mod is a simple patch that lets you simultaneously be a werewolf and vampire, giving you access to the abilities of both. You can choose to nullify the effects of either of the curses if you don’t want to go Hybrid.

If you like the idea of covering yourself up as a vampire to avoid the effects of the sun, this might be the vampire mod for you.

While they won’t be burnt to a crisp under the sun, the Vampires in Skyrim are heavily debuffed by it. This mod lets you avoid this effect by covering yourself up from head to toe before you enter the sunlight.

For a lot of players, Visual appeal is an important aspect of a well-rounded game.

These mods focus on altering the appearance of the player character and those around them to make the gameplay experience more immersive than it is.

While the Vampires of Skyrim have a lot of immersive traits, their appearances might not always match every player’s expectations.

This mod lets you alter vampire fangs and eyes to make them feel more attuned to different tastes.

The patch adds new fangs for both male and female vampires, altering them in their own unique ways. You have a choice of 10 sets of eyes that you can add to the vampires of the game. This selection includes eyes that glow and ones that do not.

This mod is a visual update to the Vampire Lord form, enhancing their features and animations.

The most notable change that this patch brings is enlarged wings for Vampire Lords. This small change has a big impact on the aesthetic of the creature.

The mod also makes a minor change to an animation that clips off its wings.

While the faces of vampires in Skyrim are immersive portrayals of the disease, they might not be in line with everyone’s tastes.

The Humanoid Vampires mod reverts the faces of most races back to their non-vampiric form.

Optionally, you can choose to solely alter the head while keeping the custom eyes that you might add unchanged.

This mod provides you with a quick update to vampire-eyes in Skyrim.

The new eyes come in 4 variations which are red, glowing red, blue, and glowing blue.

The glowing colors are restricted to the player character without an additional mod installed.

This lightweight mod alters the appearance of NPCs from both factions. It also alters a few other vampires from the base game.

The Pandorable’s NPCs mod drastically improves the design of both, male and female characters in Dawnguard. These characters stay lore-friendly after their alterations and are derivative of their original designs as long as they aren’t affected by other mods.

Skyrim SE is full of incredibly interesting NPCs. They come with rich backstories, new questlines, and the ability to be a loyal follower or a worthy foe. Either way, these NPCs play a vital role in making the game what it is.

These mods aim to improve the functionality of these NPCs and enhance their qualities.

This mod brings a much-needed overhaul to Vampire NPCs by increasing the variety of abilities and equipment they come with. The vampires you encounter will scale with your level and become more challenging over time. They will have better vampire weapons, spells, and armor.

These overhauled NPC Vampires may drop bloodgems when defeated. The Bloodglass ingots made out of these can be used to craft a new variety of weaponry called Bloodglass weapons. These new weapons can have various unique abilities.

This vampire mod might not be for everybody as it could increase the difficulty level in some instances. However, if you find the current vampire NPCs too bland for your taste, this might be one of the best Skyrim vampire mods for you.

The Vampire NPC Serana is often considered to be one of the best followers in Vanilla Skyrim. This mod expands her dialogue and functionality to make her even better.

The patch expands Serana’s commentary and makes it more dependent on your location, surrounding, friendship level, current quest, and the choices you make.

She also has interactions with custom-voiced followers from other mods like Inigo.

Having a well-crafted world of vampires brings along additional benefits.

These mods add a new location and lore-friendly items that do a great job in supporting the vampire gameplay in Skyrim.

The vampire experience in Skyrim might feel a little bit incomplete without cool vampire armor.

The Volkihar Knight armor pack allows the player to craft three different versions of standard armor. Additionally, you can find legendary versions of this armor with unique effects after you reach a certain point in your Dawnguard questline.

This Vampire armor patch is compatible with the Sacrosanct and Better Vampires overhauls.

A few mods will give you a vampiric experience as immersive as a whole vampire city.

Coldhaven is a fully fleshed-out location with blacksmiths, alchemists, taverns, and everything you’d expect to find in a regular city. If you reach a level that is high enough, you will begin to find Bloodglass weapons in NPC shops.

Skyrim Special edition has a lot of mods to enhance your vampire gameplay. These were the best ones I found to improve the system, NPCs, and various other aspects related to Vampirism in Skyrim.

Do you agree with this list? Is there a must-have mod you use that we missed out on? Let us know in the comment section below.

Check out our other best mods lists: