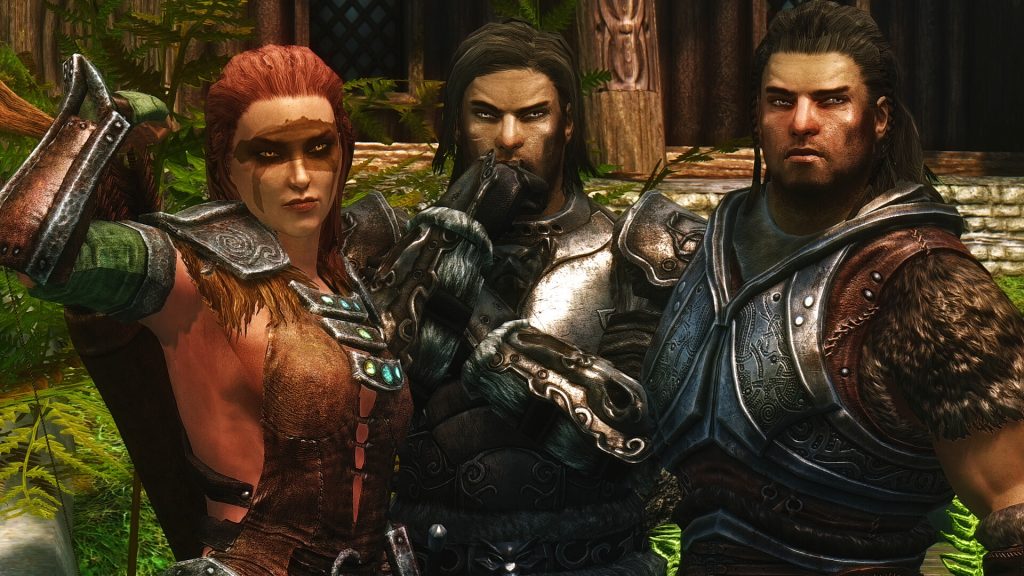 Skyrim’s NPCs are not just popular for their backstories. They also have some of the best lines in video games ever. Random guards and villagers passing by can surprise you with an interesting or funny quote that will crack you up, and sometimes even cause you to pause and appreciate them.

The following are some of the best Skyrim NPC quotes you might come across through your journey.

The best quotes by Paarthurnax in Skyrim

Paarthurnax is one of the most important characters in Skyrim’s main story. He assists you with information on your quest to slay Alduin and has some of the most famous quotes in Skyrim. These lines easily justify the title “The Old One ” given to him by the Dov.

“What is better? To be born good or to overcome your evil nature through great effort ?”

This quote that makes you think about inherent morality and that acquired through effort is probably one of the most well-known lines in the game. It is reflective of Paarthunax’s history when he was said to have committed terrible actions under the command of Alduin- The World Eater.

“I can be trusted. I know this. But they do not. Onikaan ni ov dovah. It is always wise to mistrust a dovah.”

Onikaan ni ov Dovan means ‘Wisdom is not trusting a Dragon’. Even as a Dragon himself, Paarthurnax knows this not just by what he has seen of Alduin, but also by his own past actions.

“But, I bow before your certainty. In a way I envy you. The curse of much knowledge is often indecision.”

A lot of the main Dragons in Skyrim are known to possess a lot of knowledge. This goes to show that Paarthurnax knows too many versions of the truth to be able to make a decision without feeling the guilt of its consequences.

“There is nothing else but philosophy to a dovah. It is no accident that we do battle with our Thu’um, our Voices.”

This is one of Paarthurnax’s wittiest quotes in Skyrim. Thu’ums or shouts acquired through the game make for powerful weapons in combat. The Dovah are not just known to be great thinkers, but also the original users of these shouts.

The Funniest Skyrim Quotes by Guards

The guards in Skyrim can be hilarious no matter what they are trying to convey. They could encounter you for the first time or be getting ready to chase you, and they would always find the wittiest thing to say. Here are some of the best Skyrim Quotes by guards.

“I used to be an adventurer like you. Then I took an arrow in the knee.”- Guard

Not many random lines in Skyrim have inspired as many memes as this one did. Ever since the game was released, players have been debating about what this might mean. Some believe that it is Skyrim slang to mean he got down on one knee to propose, while others think he might have just gotten injured and decided to take things easy.

“Let me guess, someone stole your sweet roll?”

Some guards in Skyrim are just tired of people coming up to them for every little problem.

This line has inspired many creative jokes, including ones where players give a guard a sweet roll and hope for them to say the line.

“Iron Sword Huh? What Are You Killing? Butterflies?”

The guards of Skyrim are not fans of Iron Swords. Nobody knows if this is because Iron Swords are cheap to buy and craft or if they just really like their Nord Steel as seen in the following quote.

“Why The Elven Blade, Huh? Nord Steel Not Good Enough For You?”

Once again, the guards just do not seem to like swords that are not Nord Steel and will take any stance to defend this point. Too bad Nord steel soon falls off when you discover a lot of the other weapon types available in the game, especially through mods.

Considering how often guards will tell you to “Go cast your fancy magic someplace else”, it is funny when you find one asking you to imbue their weapon with a magic effect. Besides, is the Nord steel failing them now?

“My cousin is out fighting dragons. And what do I get? Guard duty.” Guard.

Some players often like to make the funny assumptions that the Dragonborn is actually the guard’s cousin.

“Is That… Fur? Coming Out Of Your Ears?”

One of the many cool things you can do in The Elder Scrolls V: Skyrim is to become a werewolf. And in addition to all the perks that come with it, being able to hear this line from guards when you are in your human form might make it worth the trouble. Maybe turn back all the way next time.

The guards may have incredibly funny quotes, but they only make up a small population of all of Skyrim’s NPCs. If you roam around the land enough, you will be sure to find a ton of other characters (Including followers) saying things that will find a permanent place in your mind.

Here are some of the best NPC quotes you will come across as you make your way across Skyrim.

Most players know the Nords are proud of themselves, but it is still surprising how often they will throw funny but sly remarks at Khaljit Players. Their resemblance to the more ferocious part of the feline family is obvious, which makes this one of the wittier lines in the game.

“I got to thinking… maybe I’m the Dragonborn and I just don’t know it yet!”

This one can sometimes come from anybody around when you defeat the dragon, including guards, and is one of the funniest lines in the series, especially when they assist you. After all, who is to say which one of you lent the blow that actually did the most damage?

“Do You Get To The Cloud District Very Often? Oh, What Am I Saying, Of Course, You Don’t.”

This line is funny because it serves absolutely no purpose besides telling you what kind of a person Nazeem is. The cloud district is higher up in whiterun and is where the Jarl lives. This gives it a higher status according to Nazeem, as he assumes not everybody goes there often.

“You Know The Old Saying: When Life Gives You Lemons, Go Murder A Clown.”

Festus Krex’s rendition of ‘When life gives you lemons’ is one of the most unusual versions of the quote and is exactly what you would expect from the grumpiest member of the dark brotherhood.

“Either I’m Drunk, Or You’re Naked. Possibly Both.”

Walk into a Bar in Skyrim with minimum apparel and you might be lucky enough to hear this line. This is one of the few ways in which NPCs greet you depending on your appearance, just as they do when you look sick.

“I fight so that all the fighting I’ve already done hasn’t been for nothing. I fight… because I must.”

Not a lot of what Ulfric Stormcloak has to say is liked by many players, especially after you learn everything there is to know about him. This is one of the few lines in the game said by Ulfric that has been memorable enough to garner some respect.

“If it’s the war you’re referring to, I’m on the side of Whiterun. No doubt General Tullius and his friends in the Empire will tell you that I owe them my loyalty, and perhaps I do.”

Balgruuf the Greater is one of the more likable Jarls in Skyrim. As a major character early in Skyrim’s main story, you get the chance to interact with him under different circumstances. Just as with his reaction to the Dragon attack, this quote lets you know that Whiterun is important to him, and its safety is his priority.

Among all of Cicero’s lines, this might be the one that represents his chaotic nature the best. He is either loved or despised by players due to his over-the-top dark humor.

“Never should have come here!”

It is not very often that you find a line that seems normal, but is known by most Skyrim players. “Never should have come here” is a classic bandit quote that you will repeatedly hear as you invade their camps or dungeons.

You may also like our guides to the Best Skyrim Enchantments, Best Horse in Skyrim as well as Skyrim Vampire mods!

Skyrim’s NPCs have a ton of great lines throughout the game making it difficult to narrow it down to a small list. These are some of the many quotes you will find as you explore the land.

Do you agree with this list? What is your favorite Skyrim Quote? Let us know in the comments below.