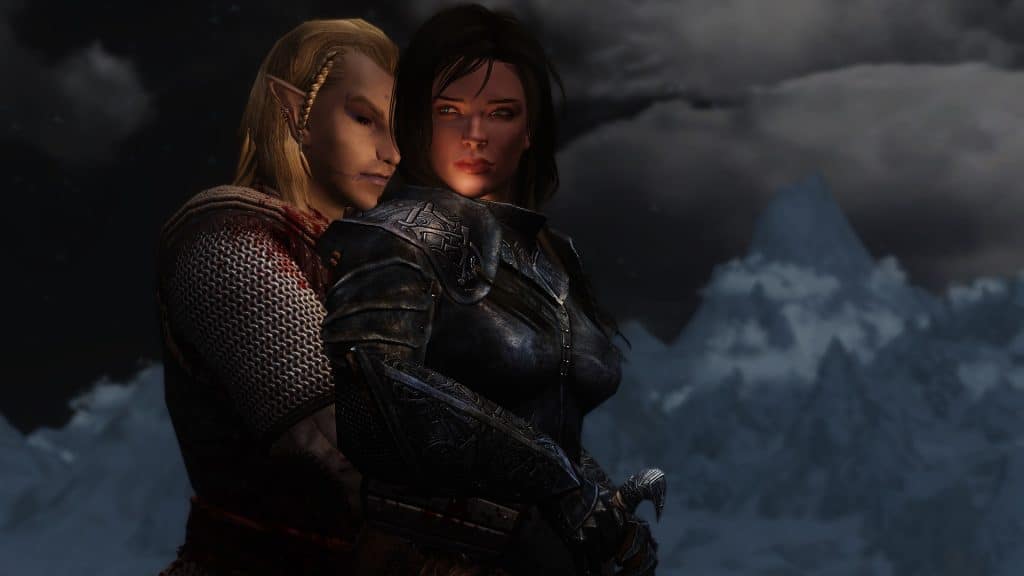 Skyrim’s marriage system can often feel overly restrictive. It forces you to stick to monogamous relationships with a single spouse as long as both of you are alive, requiring players to start whole new playthroughs just to explore spouse options.

Fortunately, Skyrim’s extensive community includes a bunch of proficient mod developers that fixed these problems for players that love modding. This list includes some of the best of these Skyrim polygamy mods that let characters have multiple marriages. It also lists some of the best spouse options in the game so you can don’t have to spend your time in-game finding the best ones for yourself.

Skyrim was released 10 years ago and has had a substantial amount of mod support across all of its versions ever since.

What You Should Know About Skyrim’s Polygamy Mods

Skyrim’s Polygamy mods have always been some of the most problematic ones in the modding space. These mods are often susceptible to bugs and glitches which seem to discourage the community from creating too many mods that cater to this area of the game.

These problems often exist in Skyrim SE more than LE as they are usually ported from the original version.

The mods listed below are some of the best ones available right now. However, it is best to check out their mod pages before you use them to find out how compatible they are with your game and the other mods you use (Especially family mods. You will also find lists of common problems are players face with them and ways in which you can fix them.

It is also a good idea to start using these mods with a new save file. This should avoid a few common problems and prevent your older save-files from being affected.

As the title suggests, this mod will alter let you marry multiple people in Skyrim and Skyrim SE.

After completing a series of quests put forward by the creator of the mod, you will be given the ability to have multiple marriages. You can then either go through the regular process of marrying an NPC or use the force of Mara spell to make and NPC your spouse.

Additionally, this mod lets you change your spouse’s clothing and decide where you want them to live. This is especially useful with mods that provide you with additional housing options as they would just be packed in a small house otherwise.

Marriage Mod – To Have And To Hold

This mod reworks a lot of the restrictions related to marriage that exist in `the vanilla game.

To have and to hold lets you marry other NPCs if your current spouse dies or is divorced by you. You can do so by simply using the Amulet of Mara and going through the conversion path you would usually go through with an NPC. You can even use the functions of the NPC operator spell along with this mod to marry and divorce NPCs.

This marriage mod also lets your character have multiple spouses with its Aspect of love feature.

An additional ‘Dress up’ attribute of the mod lets you alter your spouse’s outfit through conversation.

Depending on your actions through the game, this mod can also affect your wedding scene.

Aela is not just one of the most popular spouse options, but also one of the best followers in vanilla Skyrim. After you complete every quest from the companion’s guild storyline, you will have access to Aela the huntress as a follower. If you play your cards right from there, she will become available as a marriable option.

As far as lawful good spouses go, Mjoll is one of the best you will find. She will frown upon actions that seem evil and make her feelings known to you. However, as long as you play a morally satisfactory role in society, she will prove to be a great partner.

Mjoll requires a little bit of commitment to be unlocked as a spouse. You will need to spend some time gaining her trust before she even gives you the quest that makes her interested in marriage.

While Lydia may seem like every other spouse option on paper, her commitment to the Dragonborn as a housecarl sets her apart from the rest. You will meet her early on in the game after you save Whiterun from the dragon attack, after which she will be assigned to you by the Jarl.

Unlike most other partners on this list, Muiri is not a skilled fighter. Her character level is capped very early in the game. However, she can be incredibly beneficial in other ways.

Muiri has a potion shop with a lot of useful resources. The Dragonborn can have access to this shop upon marrying her.

She may not be the best spouse option in vanilla games, but upon having access to multiple spouses, this shop becomes a useful resource to have.

These are some of the best spouse options available in Vanilla Skyrim. If you’re looking for options outside the original game, check out our list of follower mods. Many of these followers have options to be married and make for great partners. Be sure to check if these mods are compatible with your current ones before you use them.

Skyrim isn’t optimized for polygamy. However, the mods listed above provide you with a lot more freedom with regard to marriage in the game. You will have access to features like multiple spouses, options to change their outfits, and a lot more depending on the mod that you choose.

These mods are best used with the right spouse options available in Skyrim (Through mods and the vanilla game.)

Do you agree with this list? Do you know of any other great Skyrim mods that enhance the use of polygamy? Let us know in the comment section below.