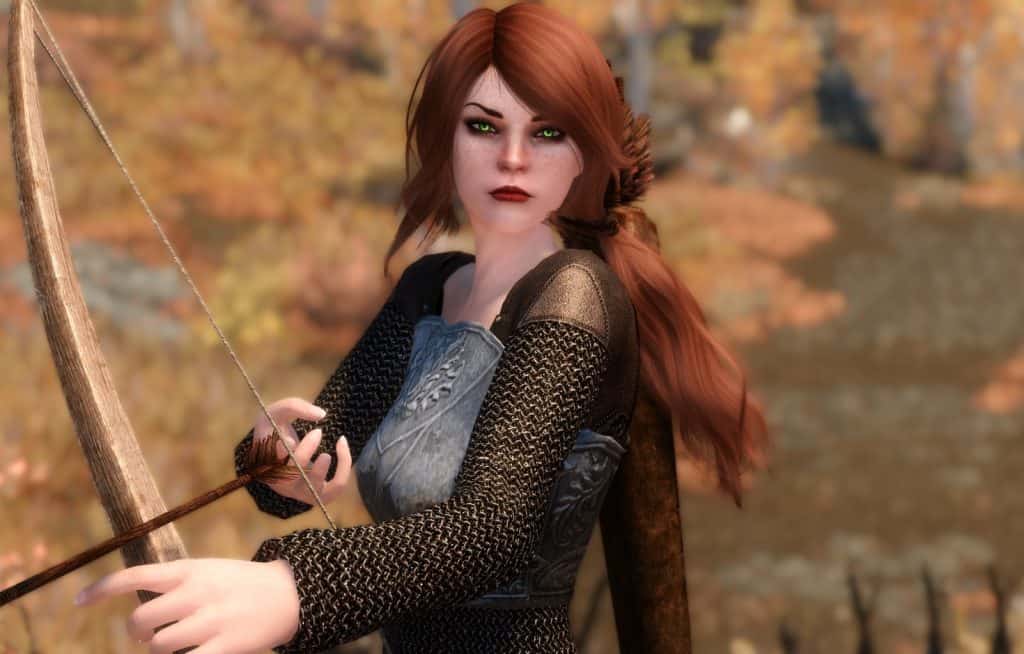 Even with well-thought-out questlines, interesting NPCs, and a world full of events to be explored, Skyrim was never without its flaws. Fortunately, most of them have been fixed by the modding community with amazing mods like HDT Physics Extensions and its HDT SMP.

HDT-SMP is the Skyrim SE HDT physics extension port that adds a new framework to the SKSE source code to let character models use more advanced physics that affects looser elements such as their hair and clothes.

The Skyrim SE version of HDT physics extensions, HDT-SMP (Skinned Mesh Physics), is a great tool to introduce new capabilities that character models can utilize. By allowing them to use the physics engine in new ways, HDT-SMP adds a whole new layer of realistic visuals to the game.

What does HDT SMP do?

Like its original Skyrim counterpart, HDT-SMP lets you integrate a series of advanced physics interactions through mods designed for it. These mods add features of flowing hair and capes to the game.

Among multiple other functions added to character models, HDT-SMP lets you add bounce physics to the hair of NPCs, bringing its perceptible realism to a quality closer to newer games.

As an SKSE extension, this tool expands the capabilities of the game to make room for new features certain mods introduce.

FSMP- An alternative to HDT-SMP

Faster HDT-SMP or FSMP was released in the latter half of 2021 with the intention of improving HDT-SMP, which was a Skyrim SE version of the original tool.

This version of the mod provides players with a fast and simple method of installation. You can use a mod manager to install the main mod and then configure all the files required. The mod description should help answer any questions you have about it.

Having an alternate mod to rely on is always helpful. If the version you try first does not work well enough, you can always give the other one a shot.

If you are using the classic Skyrim game (or Skyrim Legendary edition), HDT Physics Extensions is probably the version of the tool that you are using. It is one of the more popular mods in the game with over 6 million downloads.

Just like its successors, this SKSE Plugin improves the visuals of character models by giving it new visual capabilities. The ability to make the wind move a character’s hair and clothes is a small change that goes a long way to make the game look better.

This tool provides you with a framework that makes these features possible. You will have to download additional mods that work with the HDT Physics extension to implement the changes you want in the game.

The Best Mods for HDT-SMP

While HDT-SMP is the main mod that allows you to implement the additional features, it does now decide how they are used. Several mods have been created and uploaded to the Nexus mods website to make use of this physics engine. These are some of the best and most popular ones out there right now.

This adds new HDT-SMP elements to the female hairstyles from the famous KS Hairdos SSE mod.

The mod provides you with way more hairstyle choices than the game originally offered. It lets the hair you pick from this selection flow much better with the wind and your movement

This mod does not require the original KS Hairdos in order to work. It directly adds all the necessary files to the game so you can apply them without additional trouble. However, you will need SKSE, HDT-SMP or FSMP, Race Menu, and CBBE so you have the required base to let the mod do its job.

The modding community of Skyrim SE has come up with a few amazing Cloak and Cape mods over the years. These patches add beautiful new pieces of clothing to the game, each with unique models. Unfortunately, these mods suffer from the same lack of physics engine support that the in-game equipment does.

The Artesian Cloaks of Skyrim mod applies the physics engine used by HDT-SMP to some of the most popular cloak and cape mods out there, giving them a much more realistic movement while running and slashing enemies.

This mod supports Cloaks of Skyrim, Daedric Cloaks, Divine Cloaks, DeserterX outfits, Wet and Cold, Winter is Coming, Cloaks and Capes, and many other mods of this kind.

Skyrim HDT Physics Extensions and HDT-SMP may seem like complicated mods to understand, but a little knowledge can easily change that. The mod add-ons mentioned above should help you make the best use of the new elements added through them.

Did you find this article helpful? Do you have any other tips for players using this mod? Let us know in the comments below.