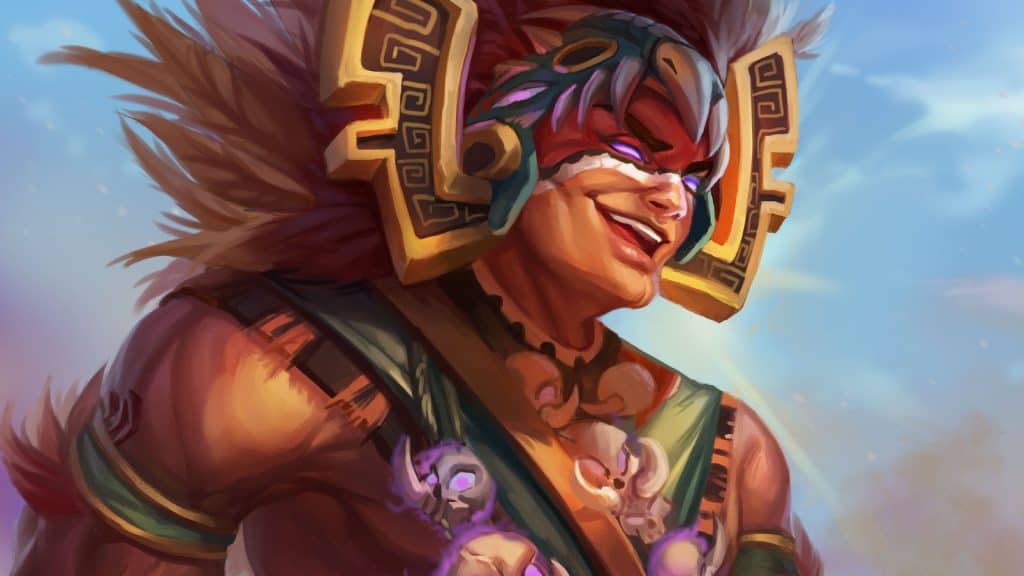 Picking the best hero from the selection you are given each game is an important element for outlasting the competition. Here is my Storybook Brawl tier list updated for the current patch.

With each patch the power level of the different heroes changes slightly, so the complete Storybook Brawl tier list will be at the bottom of this post and will remain updated.

Choosing a hero in Storybook Brawl

This single choice will have the biggest impact on your ability to consistently place highly in your games. I like to break the heroes down into categories based on when they are the strongest to give context to this tier list.

Some heroes will fall into multiple categories, but broadly speaking each hero is best in one period of the game.

If you’re new to the game, I always recommend playing an early game hero. These heroes allow you to have a more powerful game board early on, making it easier to win rounds and gain some momentum.

It can be tough trying to stabilize with a weak board as a beginner.

Early game heroes are generally going to be the stronger heroes, because they give you added power at the beginning, and you may have the opportunity to switch out of them later on.

Some examples of strong early game heroes are:

Mid game heroes tend to be the ones that add stats to your units on a per round basis, per spell, or per treasure. They add power to your board consistently throughout the course of the game.

They won’t be super strong early on, but usually by the time you fill up your board they start becoming the strongest hero in the lobby.

Some examples of strong mid game heroes are:

Nothing is more frustrating than cruising along the early game with a dominant army, only to run into a late game hero that finished their team comp and crushes you every round.

Late game heroes have abilities that make them super strong towards the end of games, but challenging at the beginning. These heroes tend to get a lot of first place finishes and a fair bit of 8th place finishes.

Some example of strong late game heroes are:

With the basics out of the way lets get on to the tier list.

This list will always be updated to the most recent patch, since the power of heroes changes with each update.

These are the heroes that I pick every time I’m given the chance. I consider them to have a significant edge over the rest of the heroes in the game.

These are great heroes, but a step down from the S tier. I will pick them most of the time and be pretty happy about it.

This tier of heroes has the most enjoyable heroes to play in the game. I will sometimes pick these heroes just to try a special build over some of the stronger heroes.

Now we are getting to the tier of heroes that I would prefer not to play. They aren’t terrible, and won’t put you at a huge disadvantage, but there are definitely better options.

These are the heroes I generally try to avoid. Once in a while I’ll play them just to see if I was missing something, or I just haven’t found the right way to play them yet. I would consider any of these heroes to be at a disadvantage in the game.

What are the best heroes in Storybook Brawl?

This is my tier list. I will keep it up to date and make changes when necessary.

I like to stick to this tier list most of the time, because it gives me an advantage as I try to level up in the game. It’s also fun to try new and different things in Storybook Brawl, so every handful of games I will pick a hero just for fun that might not be the optimal choice.

The more games I play the more I realize there is a viable strategy with just about every hero in the game. It comes down to figuring out what the game is giving you, and how to use your hero to its full potential in each situation.

Comment down below with your thoughts on my tier list. Which ranking do you disagree with the most?