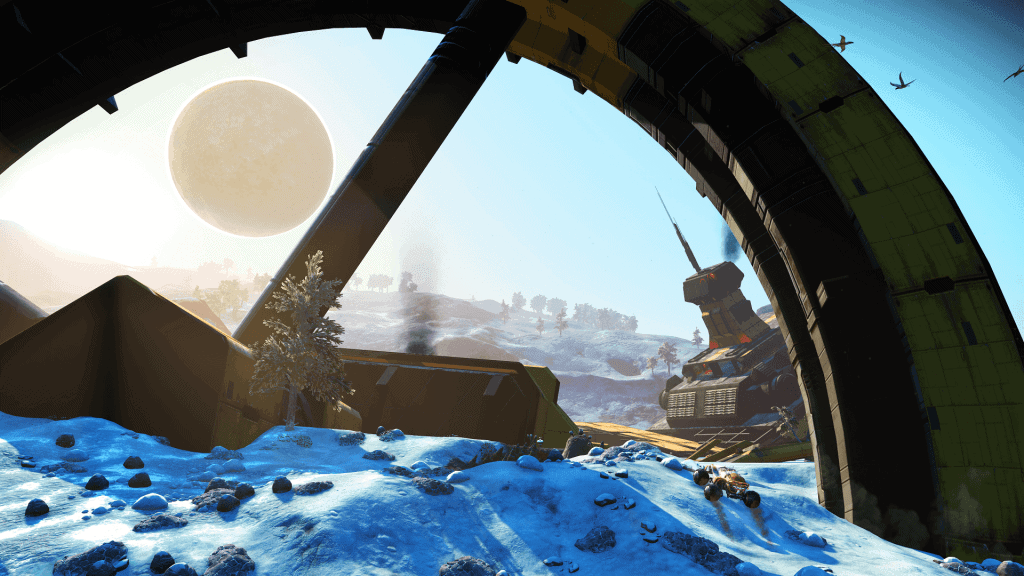 Scrap Dealer is an NPC that can be found on space stations. He can sell you an emergency broadcast receiver. The price is 5 million units but each subsequent purchase raises it further by another 5 million up to 20-30 million max. The price will reset after a day.

Use these receivers while in space to start the derelict freighter mission. Complete it and sell the crew manifest & captain’s log back to the NPC. The scrap dealer will give you tainted metal in return (around 700 – 800 for both).

In exchange for tainted metal, he also sells crates of contraband and these are called suspicious packets. You can get quad servos, walker brains, drop pod coordinate data or other suspicious upgrades for your ship(s) and gear. These are classified as X-Class.

There are other items for sale such as singular suspicious modules, base building decorations, decals, banners, gadgets and anomalous facial transformations.